I began my talk show, Reasonably Spontaneous Conversation on Theta Cable Public Access in 1978 and shot 40 episodes with actors, writers, producers, network executives, agents and show folk.  I, sadly, only have copies of a few which are below.   Each guest was provided a copy so it is possible we will find them.  However, please enjoy these that remain.

Sheldon Leonard was an actor, writer, producer and director. My first visual of Sheldon was as a mob heavy in one of the gangster films of the 1940s. He expanded beyond his acting to behind and off camera roles.

Sheldon produced and contributed creatively to The Danny Thomas Show, The Andy Griffith Show, Gomer Pyle U.S.M.C, The Dick Van Dyke Show, and, and, and……………… So much more. If you want to dig deeper go to Sheldon’s Wiki page and you will see what a Hollywood influencer this guy was on creating the foundation for our television sitcom culture. https://en.wikipedia.org/wiki/Sheldon_Leonard

The iconic actress Doris Roberts and I sat down for RSC in 1979 at Theta Cable in Santa Monica, CA. Doris was one of America’s most brilliant comedic actresses and we talked about acting, life, being over weight and the challenges in the business and so much more. Enjoy!

This RSC from 1979 is with Danny Arnold, the creator, writer and show runner of the iconic television series Barney Miller. We talk about his creative process, the series and the challenges of making television.

In 1979, I had a Reasonably Spontaneous Conversation with Peter Tork, after his spectacular career with the Monkees — his experience and his perspectives. Peter called it one of the best interviews of his life.

Lotus was my very first guest on Reasonably Spontaneous Conversation at the public access studios in Santa Monica.

Lotus was an iconic comedienne who paved the way for so many women standup comics. A good amount of Lotus’ humor had to do with being a woman. She was always a feminist, however, and was optimistic about what that meant for the comedy world. She’s quoted saying, “Ten years ago, a woman would not laugh before her date did, so if you did something from a woman’s point of view, the woman wouldn’t want to laugh and expose herself. Now, women will lead the crowd.” Lotus’ optimistic stance on the power that women have in comedy influenced many other women comedians.

Charles Champlin is a Harvard graduate who was a writer for Time and Life magazines before going to work for the Los Angeles Times as an entertainment editor in 1965, specializing in the motion picture industry. A few years later he became the paper’s chief film critic and served in that capacity until 1980. He has written many articles and books on the film industry, and has hosted several television programs where he interviews actors, directors and others involved in the business.

Hollywood casting icon Pam Dixon and I talked on my public access talk show from 1979 in LA. Pam went from a secretary to a senior VP at ABC when ABC was the #1 network at the time. 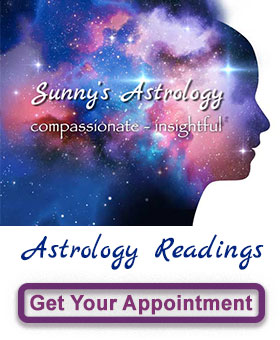